PREVIEW - Jacks jaunt to Chicago for matchup with Steel 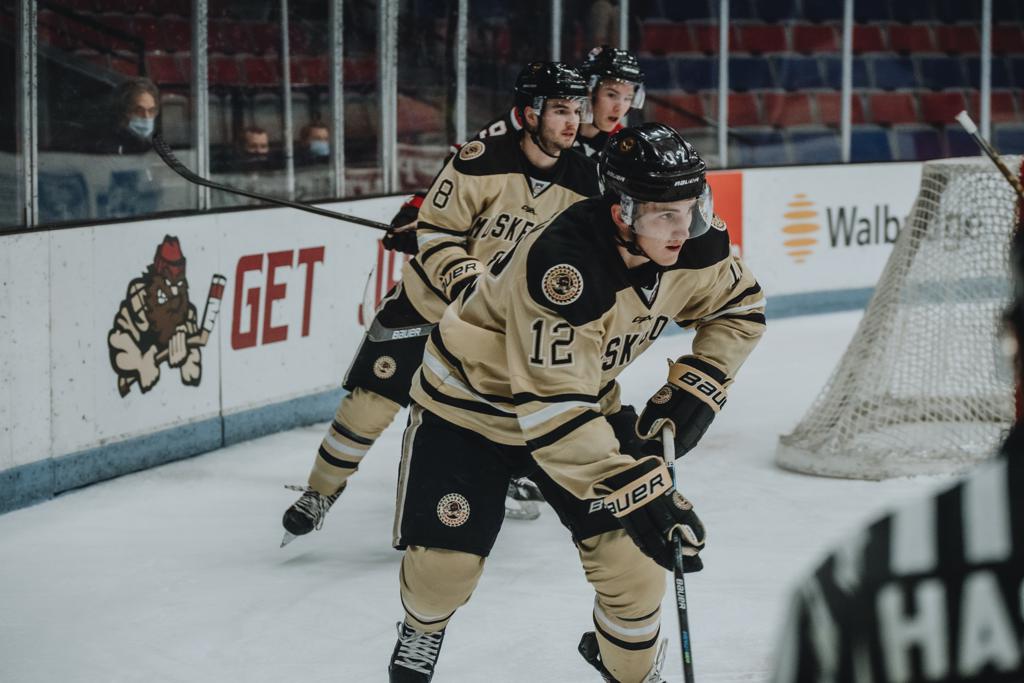 MUSKEGON, Mich. — The Muskegon Lumberjacks will travel to Geneva, Ill. for a single game matchup against the defending Clark Cup Champion Chicago Steel. The lone game is scheduled for Saturday, Oct. 2 at 8:05 p.m. ET at Fox Valley Ice Arena.

Saturday’s matchup against the Chicago Steel will mark the first time the two teams face off against each other since the second round of the 2021 Clark Cup Playoffs. In last season’s playoff series, the Steel edged out the Lumberjacks in both games of the best 2-of-3 series in tight one-goal game contests, and would eventually go on to capture their second championship since 2016-17.

Leading the Steel is forward Adam Fantilli, who was named MVP from the Clark Cup Final. The Nobleton, Ontario native has scored in back-to-back games while simultaneously picking up an assist as well for three points in two games. Filling out their lethal top six are Jack Harvey and Jackson Blake, each of whom is already on the scoresheet after the 2021 Fall Classic. Harvey, a Stacy, Minn. native, managed to light the lamp in each game versus Fargo and Sioux Falls, respectively, while Blake picked up a goal in his team’s 6-to-1 win over Sioux Falls. Blake, son of former NHL’er Jason Blake, was picked by the Carolina Hurricanes in the Fourth Round, No. 109 overall in the 2021 NHL Entry Draft.

On the blueline, Luca Fantilli, Lukas Gustafsson and Jake Livanavage lead the way. Fantilli, the older brother of teammate Adam, has one assist through two games this season while both Gustaffson and Livanavage have two points each.

In the goal crease, the Steel seem to have an uncrackable tandem with Nick Haas and Gibson Homer. Haas, a Williamsville, N.Y. native, returns to Chicago after backstopping his team to the Clark Cup while Homer, hailing from Grand Rapids, Mich. comes to Chicago after spending last season with the USNTP U18 team.

Once Upon a Time in the West

After playing two teams from the Western Conference, the Lumberjacks are looking to bounce back after a troubling weekend in the 2021 USHL Fall Classic in Pittsburgh where they only managed to pick up one point in the league standings. In the first game versus Sioux Falls on Saturday, forward Ben Strinden hit the twine twice, with an additional goal from Tyler Hotson. Ultimately, the Jacks fell to the Stampede in a shootout, losing the game 4-to-3. Netminder Jan Skorpik stopped 23 pucks in the shootout loss.

The following afternoon, Muskegon came up short against the Sioux City Musketeers, falling 5-to-2. The only Jacks to hit the scoresheet in Sunday’s game were Gavin McCarthy and Tom Sinclair, respectively. Goaltender Cameron Korpi made 27 saves in the regulation loss.

Jack Williams was selected as the next captain of the Lumberjacks, with Phil Tresca and Ben Strinden chosen as alternate captains. Williams, the 5-foot-11, 170-pound forward skated in 58 games with the Lumberjacks during the 2020-21 regular season, totaling 18 goals and 20 assists for 38 points while registering 30 penalty minutes. The Biddeford, Maine native is committed to playing with the Northeastern University Huskies.

The Jacks add an NHL draft pick to the roster with the addition of defenseman Noah Ellis. Committed to play at the University of Massachusetts, Ellis was selected by the Vegas Golden Knights No. 184 overall in the sixth round of the 2020 NHL Draft. The Urbandale, Iowa native appeared in 40 games with the USHL’s Des Moines Buccaneers during the 2020-21 season, totaling five goals and 12 assists for 17 points.

Muskegon Lumberjacks games can be heard on Mixlr (Audio) and video can be streamed on available devices through HockeyTV (Video).