TRADE - Muskegon sends Sinclair to Fargo in exchange for Braccini 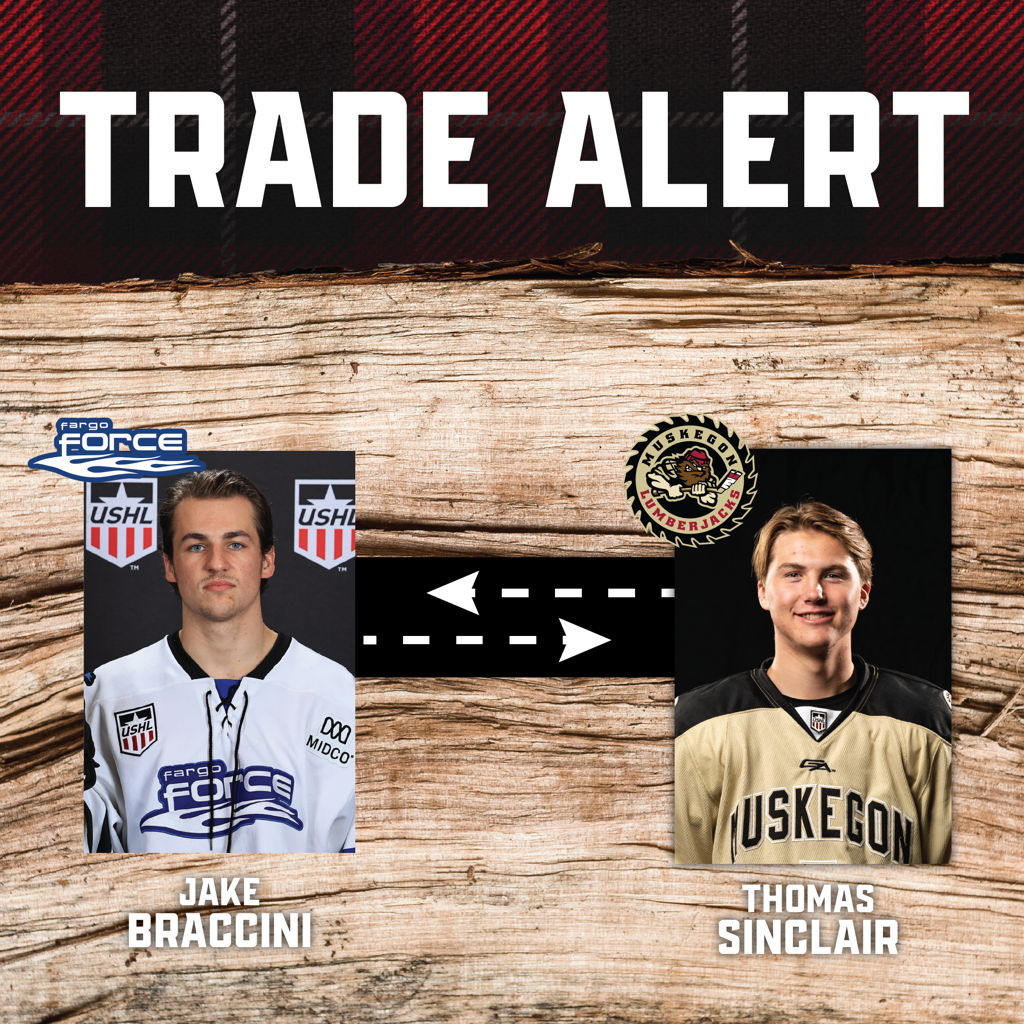 MUSKEGON, Mich. — The Muskegon Lumberjacks announced today that the club has dealt forward Thomas Sinclair to the Fargo Force in exchange for forward Jake Braccini.

Sinclair, the 6-foot-3, 199-pound forward appeared in 37 games with the Lumberjacks during the 2020-21 regular season, totaling four goals and 14 assists for 18 points. This season, Sinclair has managed to put up one goal and one assist in two games played with Muskegon. The Toronto, Ontario native is committed to playing for the University of Vermont.

“We want to thank Thomas for all the hard work and everything he has done with us,” said President of Hockey Operations Steve Lowe. “We didn’t anticipate moving him, but given our roster situation, we had to make a really tough decision.”

Braccini, the 5-foot-11, 192-pound forward appeared in 54 games with Fargo during the 2020-21 regular season, totaling 12 goals and 15 assists for 27 points while registering 14 penalty minutes. This season, Braccini has one goal in two games played with the Force. The Hanover, Minn. native is currently undecided on an NCAA college.

“We couldn’t be more excited to bring Jake to Muskegon,” said Lowe. “He’s had a lot of success in the past and is a proven 20-to-30 goal scorer, and we look forward to him contributing with our forward group.”

TRADE — MUSKEGON SENDS SINCLAIR TO FARGO IN EXCHANGE FOR BRACCINI