PREVIEW - Muskegon marches across Michigan for Saturday battle at USNTDP U18 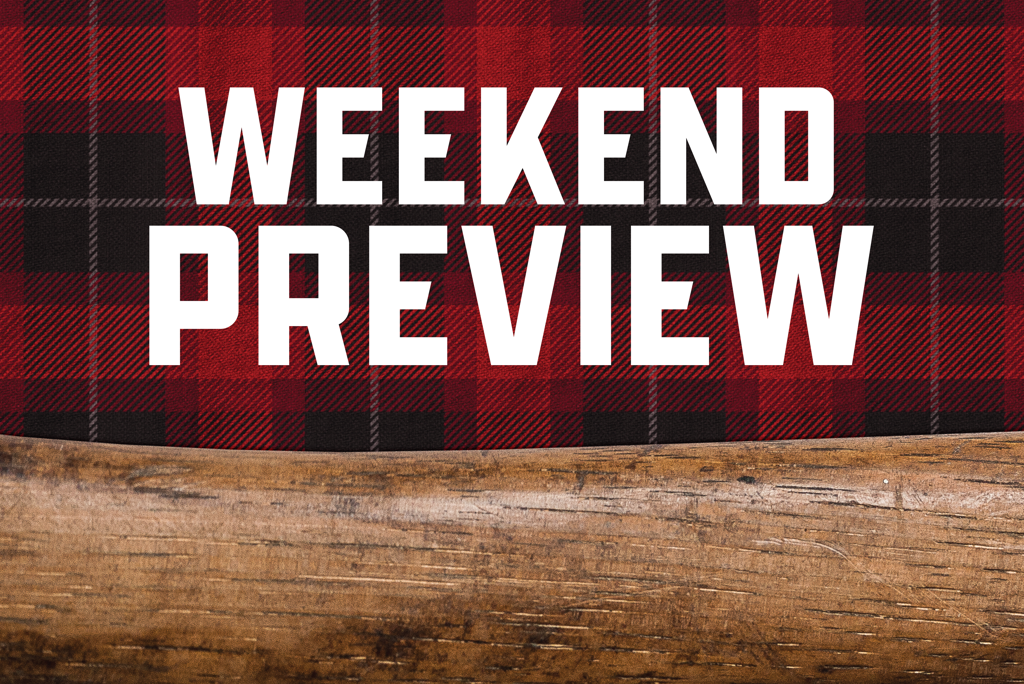 MUSKEGON, Mich. — The Muskegon Lumberjacks will cross to the eastern side of Michigan to clash with the United States National Development Program (USNTDP) U18 team on Saturday, Oct. 9 for a single game matchup. Puck drop is slated for 7:05 p.m. ET at USA Hockey Arena in Plymouth. This will mark the second weekend in a row where the Lumberjacks participate in a single-game weekend, as opposed to the traditional Friday-Saturday weekend series matchups. Moreover, this will mark the first time these two teams see each other in the regular season. During preseason play, both teams participated in the ‘Play with Purpose’ charity game to honor Mitchel Kiefer, who passed away from a motor vehicle accident caused by a distracted driver.

Scouting the Red, White and Blue

The USNTDP U18 squad is composed entirely of players from last season's U17 team, as part of the two-year program with USA Hockey. Up front, USNTDP is led by Frank Nazar III, Isaac Howard, and Jimmy Snuggerud. Nazar, through two USHL games, has three goals, while Howard and Snuggerud lead the team in points, each with four. All three forwards are eligible for the 2022 NHL Entry Draft. On the backend, Seamus Casey and Ryan Chesley stand out on the USNTDP blue line. Casey, committed to play for the University of Michigan, has one goal and two assists for three points in just two USHL games. Chesley, slated to join the University of Minnesota, leads defensemen in shots with six. In between the pipes, the USNTDP possesses a pair of rock-solid goaltenders in the likes of Dylan Silverstein and Tyler Muszelik. Silverstein, a native of Calabasas, Calif., has one USHL win on the season while posting a 2.02 GAA and a .931 save percentage. Muszelik, a Long Valley, N.J. native, is committed to the University of New Hampshire.

Close, But No Cigar

After two disappointing efforts in the USHL Fall Classic, the Lumberjacks turned to the defending Clark Cup Champions, Chicago Steel, for the first time since being eliminated by the aforementioned Steel in last season’s Eastern Conference Finals. Muskegon’s Tyler Dunbar, Phil Tresca and Joey Larson all lit the lamp in last Saturday’s matchup in Geneva, Ill., but it wasn’t enough as Chicago mounted a comeback to tie the game with 52 seconds left in regulation, courtesy of Jackson Blake, and the overtime game-winner by Adam Fantilli. In the end, it was Muskegon’s best effort of the season through three games, despite losing 4-to-3 in overtime.

All in the Family

There are plenty of family connections between the USNTDP and Muskegon. Forward Rutger McGroarty from the USNTDP is the son of Lumberjacks GM Jim McGroarty. Rutger, then a member of the U17 team last season, skated in 34 games, totaling 17 goals and 18 assists for 35 points during the 2020-21 season. The other bloodline belongs to the Hutson family. Lane Hutson, a defenseman on the USNTDP, is the younger brother of current Lumberjacks forward Quinn, and both brothers are committed to Boston University. But it doesn’t end there. Their father, Rob, spent four seasons with the UHL’s Muskegon Fury as a player from 1999 to 2003, and is currently an assistant coach with the North Jersey Avalanche 16U AAA team, where the third Hutson brother, Cole, plays as a defenseman.

On Wednesday, Oct. 6, the Muskegon Lumberjacks acquired forward Jake Braccini from the Fargo Force in exchange for forward Thomas Sinclair. Braccini, the 5-foot-11, 192-pound forward appeared in 54 games with Fargo during the 2020-21 regular season, totaling 12 goals and 15 assists for 27 points while registering 14 penalty minutes. This season, Braccini has one goal in two games played with the Force. The Hanover, Minn. native is committed to playing for the University of Minnesota Golden Gophers.

Sinclair, the 6-foot-3, 199-pound forward appeared in 37 games with the Lumberjacks during the 2020-21 regular season, totaling four goals and 14 assists for 18 points. This season, Sinclair has managed to put up one goal and one assist in two games played with Muskegon. The Toronto, Ontario native is committed to playing for the University of Vermont.

The Jacks add an NHL draft pick to the roster with the addition of defenseman Noah Ellis. Committed to play at the University of Massachusetts, Ellis was selected by the Vegas Golden Knights No. 184 overall in the sixth round of the 2020 NHL Draft. The Urbandale, Iowa native appeared in 40 games with the USHL’s Des Moines Buccaneers during the 2020-21 season, totaling five goals and 12 assists for 17 points.

PREVIEW - Muskegon Marches Across Michigan for Saturday Battle at USNTDP U18