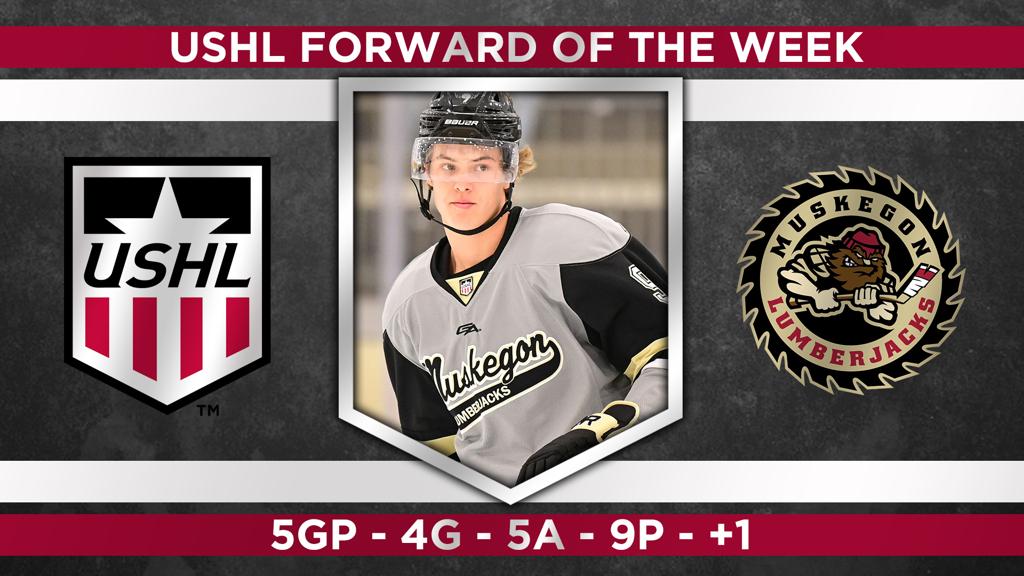 Larson picked up a point in every game of the Eastern Conference Final, including a trio of mutli-point games, finishing the round with nine points (4-5-9) as the Lumberjacks season came to an end at the hands of the Capitols. The Northern Michigan University opened the series with his first goal of the Clark Cup Playoffs in a 5-2 Game One win. Larson chipped in a pair of assists in a Game Two loss before picking up his third three-point game and first two-goal game (2-1-3) of the Playoffs in Game Three. The Brighton, Mich. native scored Muskegon's first goal and assisted on the second before firing home the overtime winner in the 4-3 win. Larson closed the series with an assist in Game Four before pocketing his fourth goal of the Eastern Conference Final and picking up his fifth assist in a two-point night (1-1-2) during Game Five.

Larson finished the Playoffs with 17 points (4-13-17) in nine games and currently leads all skaters in both points (17) and assists (13). Larson's 13 assists tied Trevor Lewis (Des Moines Buccaneers, 2005-06) for the third-most assists in a single Playoffs in USHL Tier I history. Larson's 17 points is tied for sixth all-time with Jack Badini (Chicago Steel, 2016-17) in a single Tier I Playoffs. In the regular season, Larson registered 66 points (32-34-66) in 62 games and finished eights among all league scorers with 32 goals.

On Thursday, May 2, National Hockey League (NHL) Central Scouting released their final rankings for the upcoming 2022 NHL Entry Draft. In all, three current Lumberjacks, three affiliates, and one draft pick made the list. Current Lumberjacks include defensemen Jacob Guevin (No. 173), Tyler Dunbar (No. 175), and Jeremiah Slavin (No. 219). In addition, three affiliates were named to the watch list, those being George Fegaras (No. 82), Michael Callow (No. 131), and Matthew Morden (No. 190) plus one draft pick, Jackson Krykostas (No. 203). The 2022 NHL Draft is scheduled from July 7-8, 2022, and will be hosted by the Montreal Canadiens at Bell Centre in Montreal, Quebec.