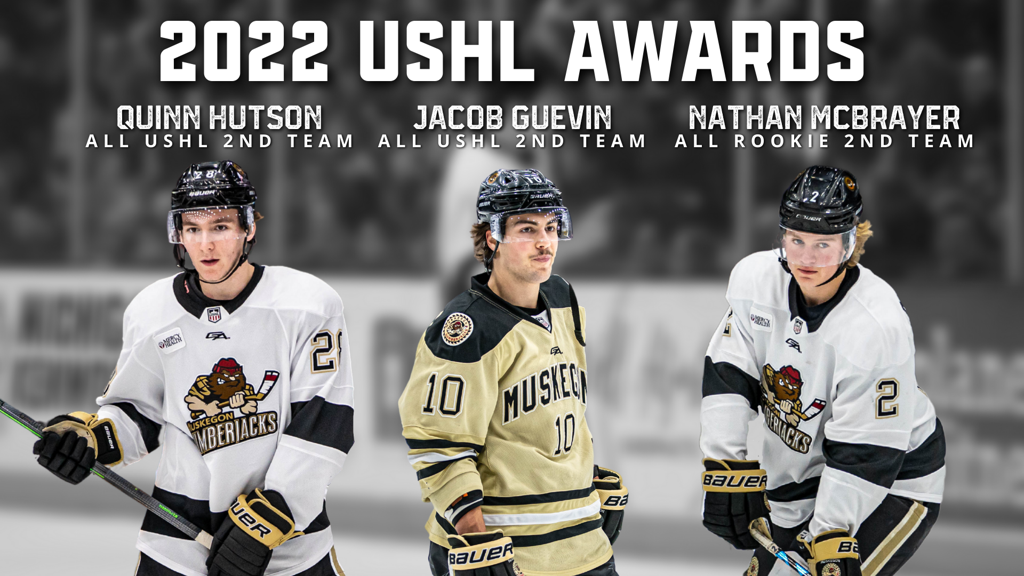 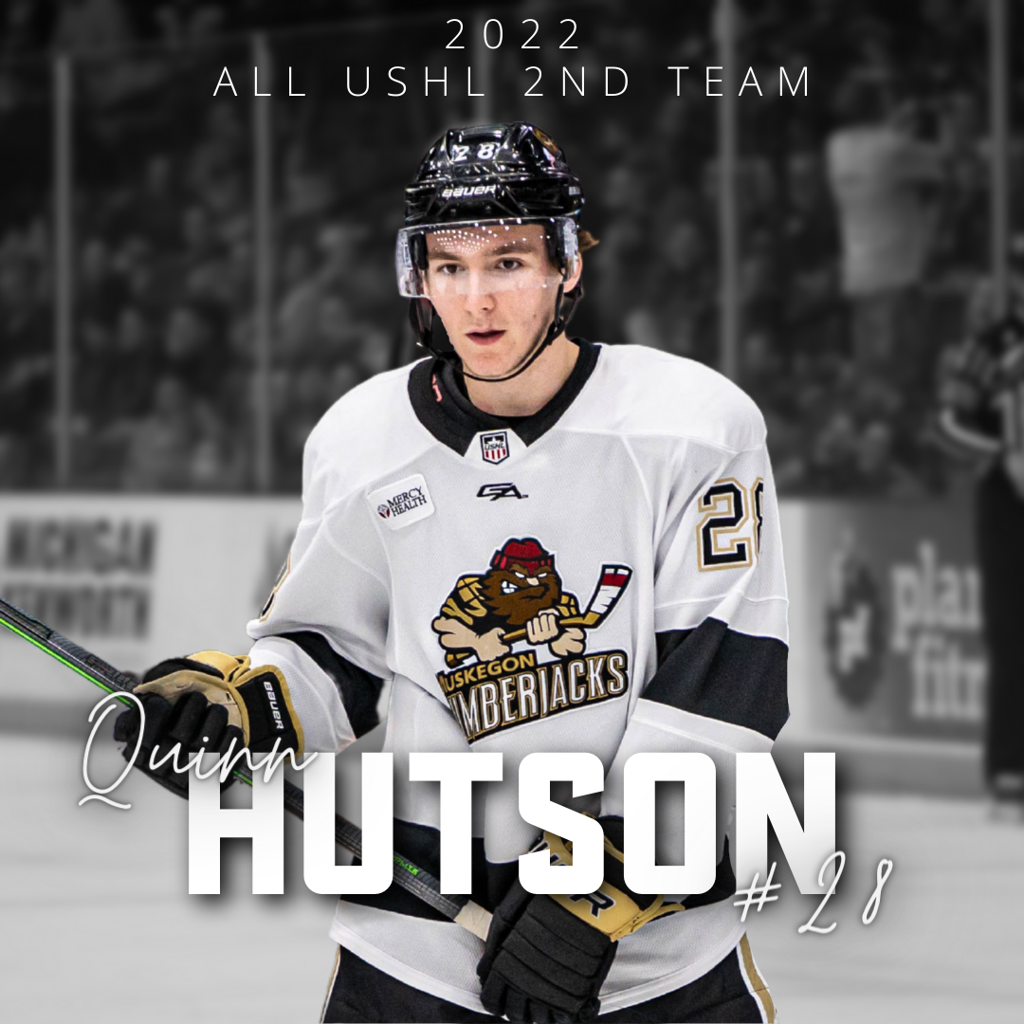 Hutson, the 5-foot-11, 180-pound forward appeared in 59 games with the Lumberjacks this season, totaling 33 goals and 40 assists for 73 points. During the 2022 Clark Cup Playoffs, Hutson scored an additional seven goals and nine assists for 16 points in just nine games, ranking him second in the entire USHL in postseason point-scoring. The Barrington, Ill. native became the first of three Lumberjacks to secure 100 career points in the USHL, and the seventh Lumberjack in franchise history to hit the century mark. In addition, the Boston University commit ranks fourth all-time in points in Lumberjacks history in points with 115 career points, second in franchise all-time points per season, and fourth all-time goals per season after the 2021-22 campaign.

Hutson was twice named USHL Forward of the Week this year, earning the award in Week 10 and Week 21 and during the regular season.

Guevin, the 5-foot-11, 181-pound defenseman skated in 59 games with the Lumberjacks this season, totaling six goals and 51 assists for 57 points. During the 2022 Clark Cup Playoffs, Guevin put up an additional 10 points off of three goals and seven assists. The Drummondville, Quebec native capped off a season for the record books, in which he broke the USHL Tier I single-season mark for assists by a defenseman with 51 helpers, ranked second in defenseman scoring in the league, became the ninth player in franchise history, the 10th defenseman in USHL history to put up 100 career points, and the third Lumberjack to hit triple digits this season, alongside teammates Quinn Hutson and Jack Williams. On Jan. 14, 2022, Guevin surpassed Colby Bukes to score the most points by a defenseman in team history and has scored more assists than any player in franchise history, overtaking Daniil Gushchin for the record.

Guevin was named USHL Defenseman of the Week twice this season, taking the weekly league accolade in Week 6 and during the 2022 Clark Cup Eastern Conference Semifinals. 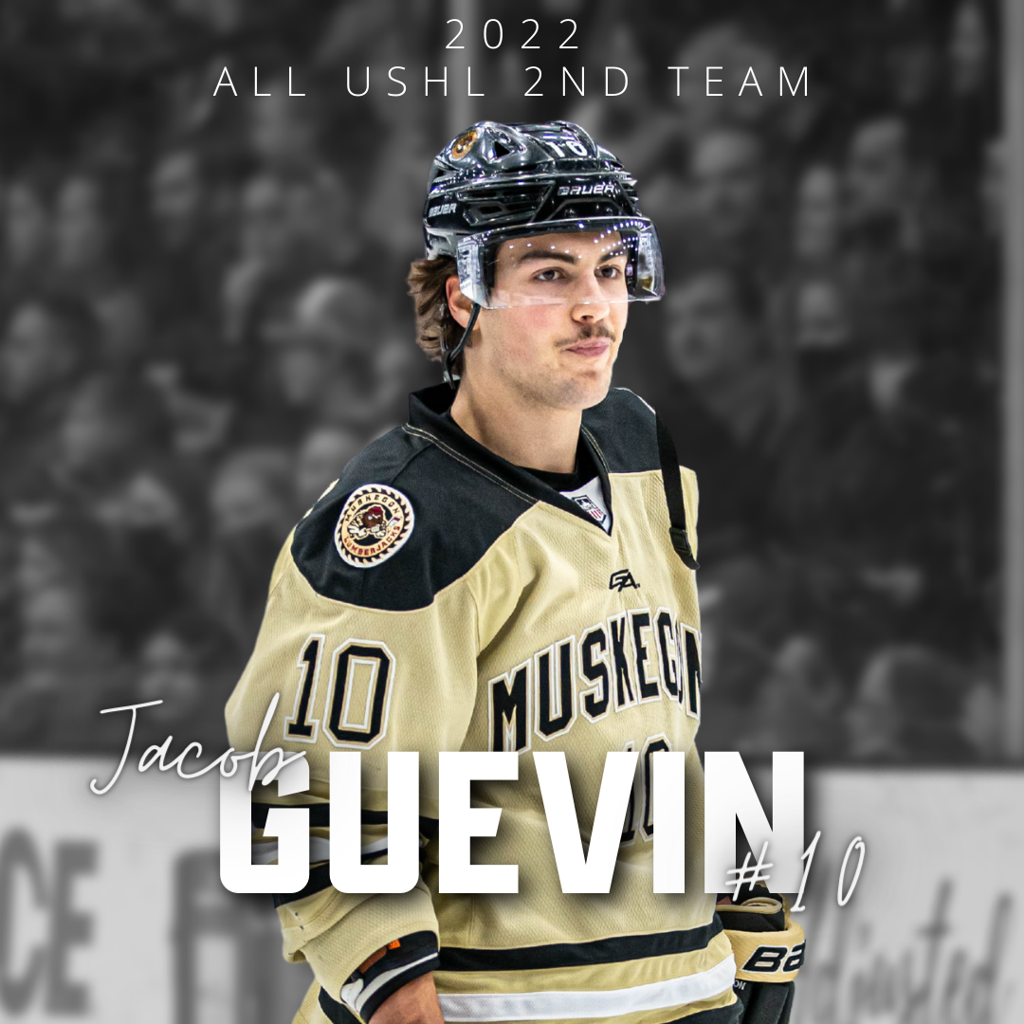 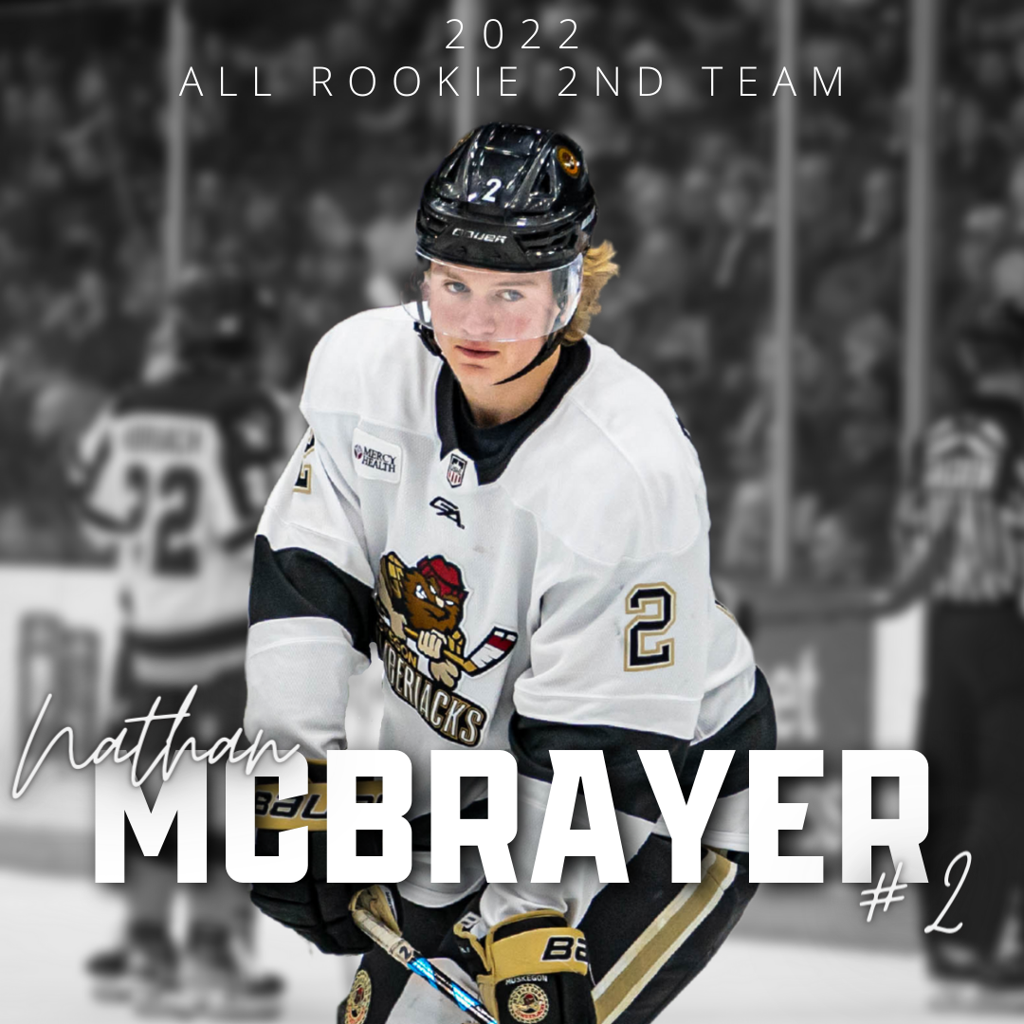 McBrayer was tabbed USHL Defenseman of the Week after his multi-point effort in Week 19 of the 2021-22 USHL regular season.

The Muskegon Lumberjacks have announced their 2022 Camp Dates for the upcoming season. Goalie camp is scheduled for June 4-5, 2022, at the Lakeshore Sports Centre. Main Camp, which includes free agents and prospects, will run June 9-11, with Final Main Camp on June 12-15, both at Mercy Health Arena. For more information, visit muskegonlumberjacks.com/camps2022.