MUSKEGON, Mich. — Muskegon Lumberjacks forward Owen Mehlenbacher has been named to the USHL All-Academic Team for the 2021-22 season. 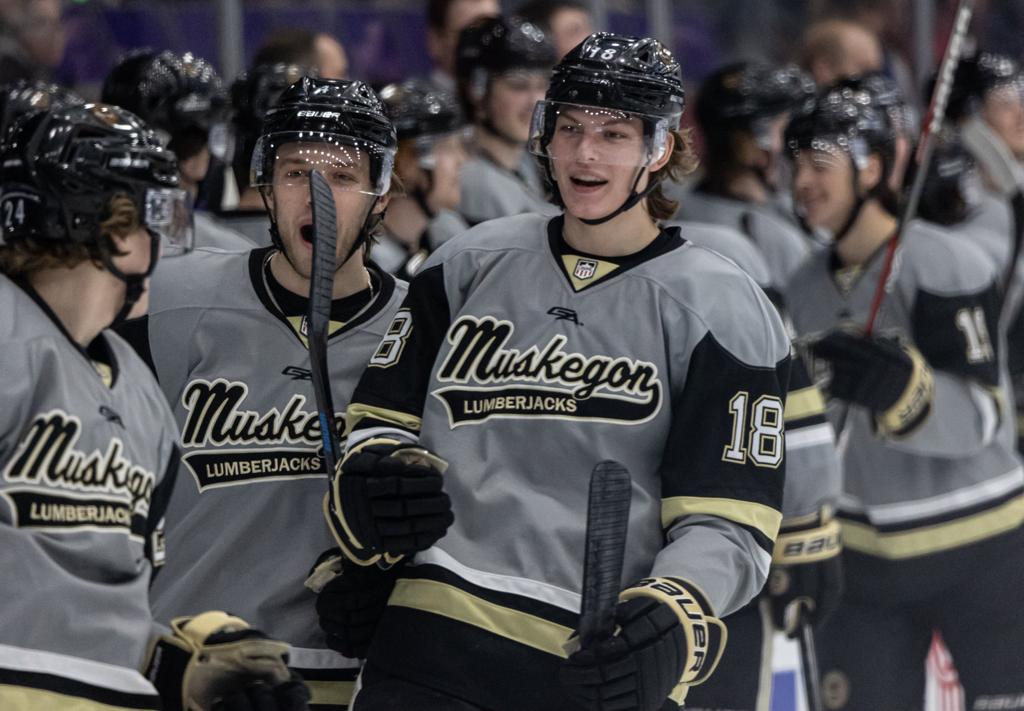 Mehlenbacher celebrates with his teammates after scoring a goal

The Fort Erie, Ontario native posted a 3.7 GPA, putting him among the top student-athletes in the United States Hockey League (USHL) this season. Coupled with his outstanding off-ice work, Mehlenbacher scored 17 goals and 25 assists for 42 points in just his second year with the Lumberjacks.

“Owen’s commitment to academics duplicates his commitment to his on-ice efforts,” said Lumberjacks head coach Mike Hamilton. “As a staff, we want to congratulate Owen for his hard work. Having players of his commitment levels makes our jobs as a staff really easy.”

Despite growing up in Canada and knowing how important academics are, Mehlenbacher chose the American system of junior hockey over the Canadian Major Junior route so he could play NCAA collegiate hockey while simultaneously obtaining a college degree.

“That’s really the reason why I chose the USHL was to not only get a degree in school but to also play college hockey,” said Mehlenbacher, who plans on majoring in Kinesiology at the University of Wisconsin-Madison. “I chose [Wisconsin] because they have a really good balance of excellent academics and a really good hockey program.”

Although he plans to pursue hockey as his number one career, Mehlenbacher is ready for a backup plan.

“After college, I want to go to school to become a chiropractor,” said Mehlenbacher. “Obviously I want to play professional hockey, but I have backup plans in place if it doesn’t work out.” 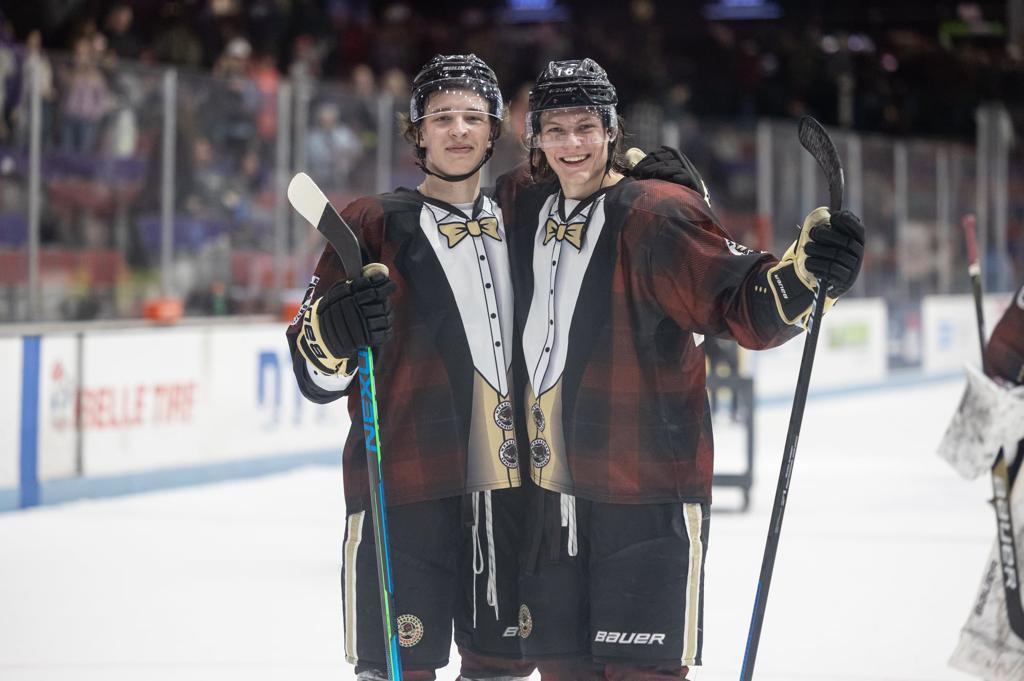 The Muskegon Lumberjacks have announced their 2022 Camp Dates for the upcoming season. Main Camp, which includes free agents and prospects, will run June 9-11, with Final Main Camp on June 12-15, both at Mercy Health Arena. For more information, visit muskegonlumberjacks.com/camps2022.