MUSKEGON, Mich. — The United States Hockey League (USHL) and its participating Member Clubs announced the 2022-23 regular-season schedule on Monday. In total, the season will consist of 62 regular-season contests for each team in a regionally-based schedule.

The Lumberjacks kick off the new season by trekking to Cranberry Township, Pa. for the annual DICK’S Sporting Goods USHL Fall Classic against the Sioux Falls Stampede and the defending Anderson Cup champions Tri-City Storm on Sept. 22 and 23, respectively. 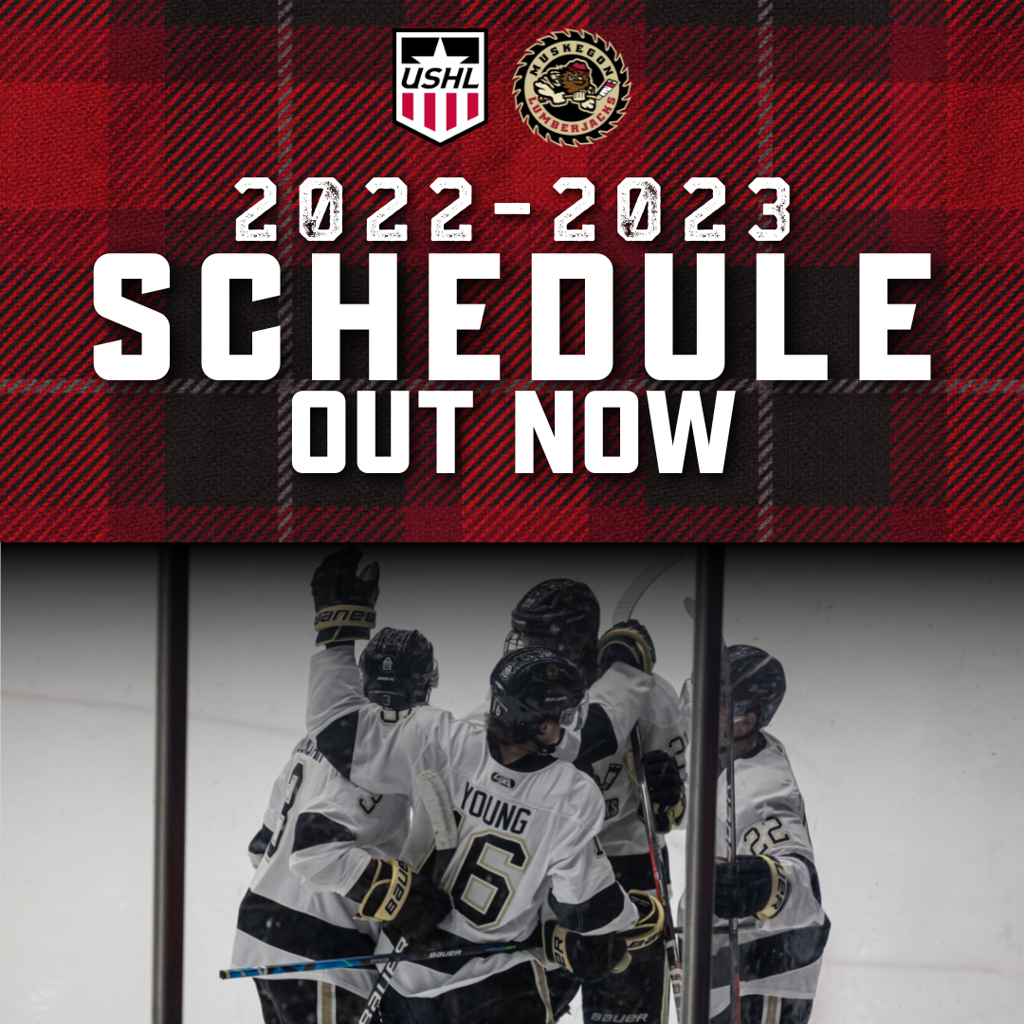 Following the DICK’S Sporting Goods USHL Fall Classic, Muskegon will host their second annual Flannel Fest for the home opener on Friday, Sept. 30 against the Chicago Steel. The Jacks will remain home for a weekend slate against the Cedar Rapids RoughRiders on Oct. 7 and 8 before embarking on their first road trip to Green Bay, Wisc. on Oct.14 and 15.

In all, fans will have the opportunity to witness live Lumberjack hockey 30 times this upcoming year, including 30 unique theme nights for each home game. Some of the more notable theme nights include Military Night on Nov. 11, in which the Jacks honor the men and women of the armed forces. The Lumberjacks will celebrate New Year’s Eve on Dec. 31 with a contest against Team USA U17, while Saturday, Jan. 14 sees the return of Star Wars Night at Trinity Health Arena with many more theme nights to follow.

In the lead-up to playoffs, the Lumberjacks will host their last four regular-season contests on home ice, welcoming the Madison Capitols and the Chicago Steel for a pair of two-game segments.

All home games – with the exception of Dec. 31 – will have a 7:00 pm ET start time from Trinity Health Arena in downtown Muskegon. Single-game tickets, along with the full promotional schedule – including theme nights – will be released at a later date.

To view the full season schedule, including home and road games, click HERE.

Season tickets for the 2022-23 season are now on sale. For more information, call the Muskegon Lumberjacks Business office at (231)-799-7000 or email afranczek@muskegonlumberjacks.com.

The National Hockey League (NHL) Draft is slated for July 7-8 at the Bell Centre in Montreal, Quebec. In all, more than 30 current, former, and future Muskegon Lumberjacks players are eligible to be selected by an NHL team in the draft. Stay tuned to Lumberjacks social media channels for more NHL Draft information!