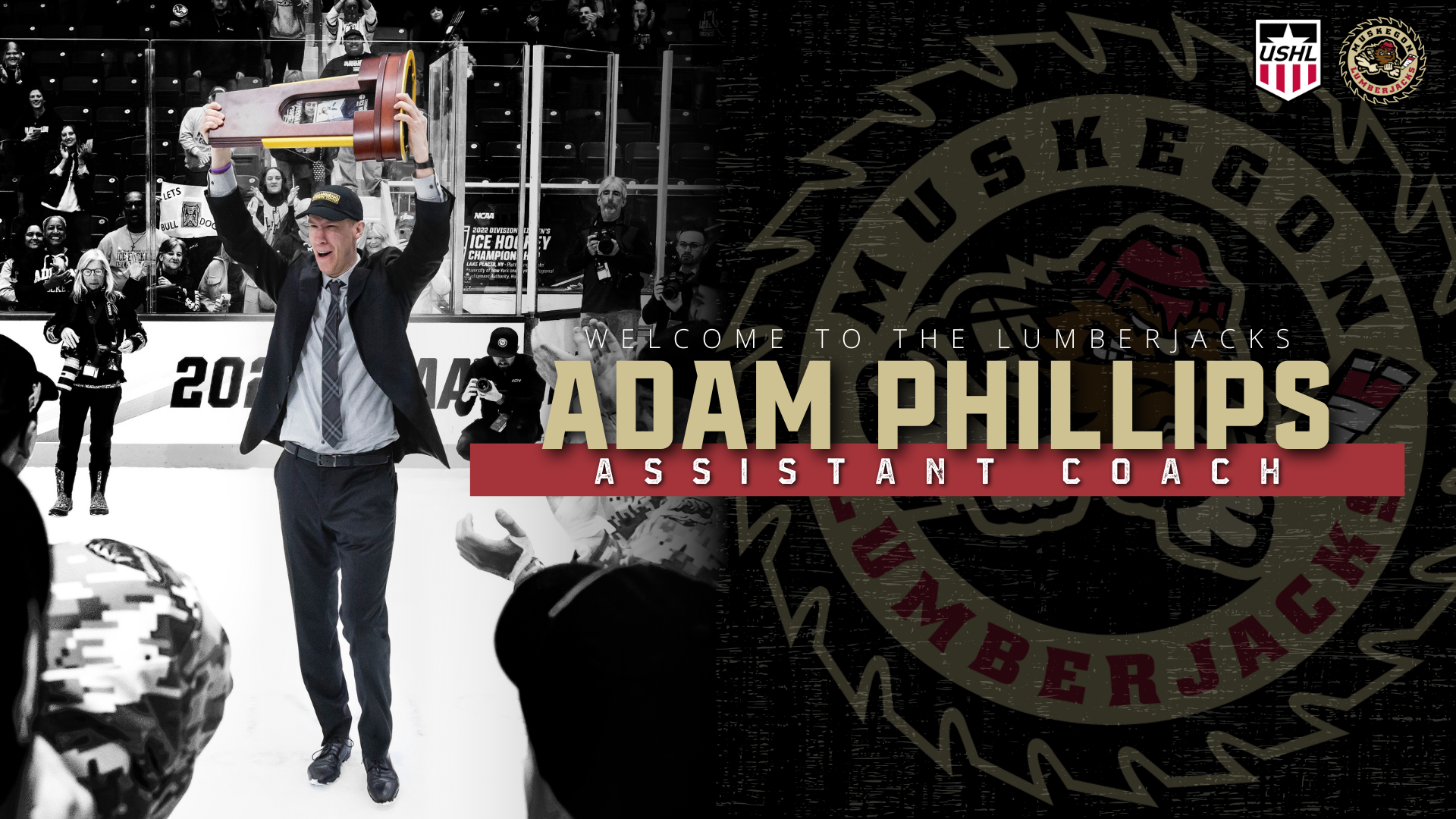 MUSKEGON, Mich. —  Muskegon Lumberjacks President of Hockey Operations Steve Lowe announced today that the team has onboarded Adam Phillips as an assistant coach ahead of the 2022-23 season.

“We’d like to welcome Adam and his girlfriend, Carlin, to Muskegon,” said Lowe. “Adam is a championship-caliber person and coach and we’re really excited to add a next-level, young coach to our program.”

“I’m very thankful and excited for this opportunity to join the Lumberjacks,” said Phillips. “Muskegon has a deep hockey history and the west side of Michigan is awesome, so I cannot wait to join the staff.”

Phillips, 31, enters Muskegon after previously serving as an assistant coach with Adrian College under head coach Adam Krug for the last two seasons.

“I’d like to thank Coach Krug, President Docking, Mike Duffy, the administration, players, staff, and fans at Adrian College for the last two years," said Phillips. "I’ve learned and grown a lot and I’m extremely grateful for my time in Adrian.” 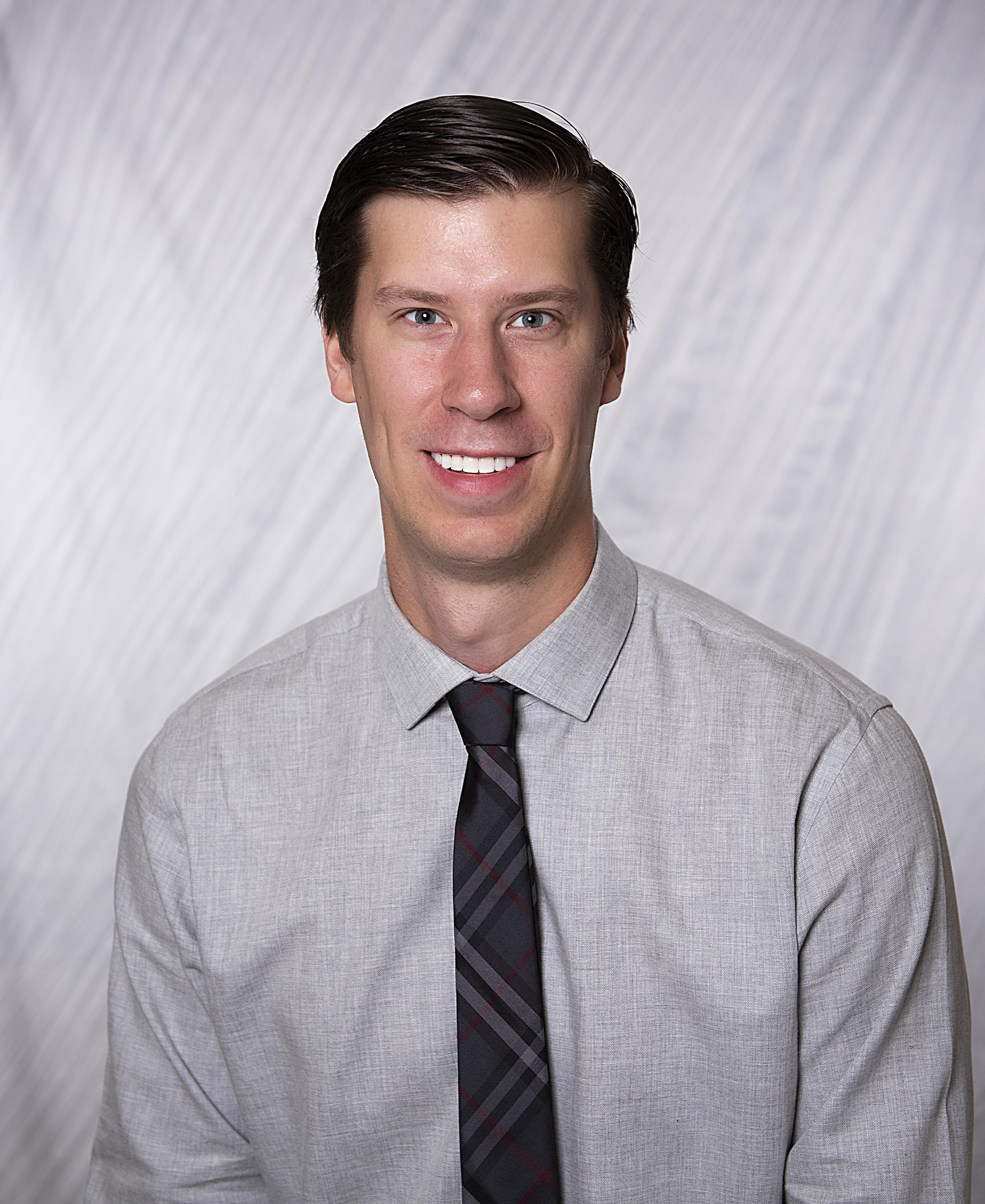 Prior to his time with the Bulldogs, Phillips worked behind the bench of the Odessa Jackalopes of the North American Hockey League (NAHL) for the 2019-20 season before being promoted to interim head coach during the second half of the season.

Before moving behind the bench, Phillips spent five seasons in the ECHL as a defenseman from 2014 through 2019, playing with the Tulsa Oilers, Orlando Solar Bears, Indy Fuel, Norfolk Admirals, Kalamazoo Wings, and the Stockton Thunder. In 274 games played at the ECHL level, Phillips managed to score 27 goals and 64 assists for 91 points in his career.

“We couldn’t be more excited to bring Adam aboard to the Muskegon Lumberjacks,” said Lumberjacks head coach Mike Hamilton, entering his fifth season behind the bench as Muskegon’s skipper. “Adam was a really stout defenseman during his successful playing career so we’re really excited to bring him on to help with our team defense and spearhead our skills development.”

Prior to playing professional hockey, Phillips played four years of NCAA D-1 collegiate hockey at the University of Massachusetts, where he played 124 games, scoring 23 goals and 27 assists for 50 points.

Phillips is not unfamiliar with the USHL, after having been drafted by the Indiana Ice and appearing in 47 games with the Ice during the 2009-10 season, scoring one goal and 11 assists for 12 points.

A native of Farmington Hills, Mich., Phillips is no stranger to hockey in the state of Michigan, after suiting up for numerous AAA hockey teams (Little Caesars, Belle Tire, Victory Honda) before joining the Soo Eagles of the Northern Ontario Junior Hockey League (NOJHL) in 2008-09.

Phillips earned his bachelor's degree in psychology from UMass in 2014.