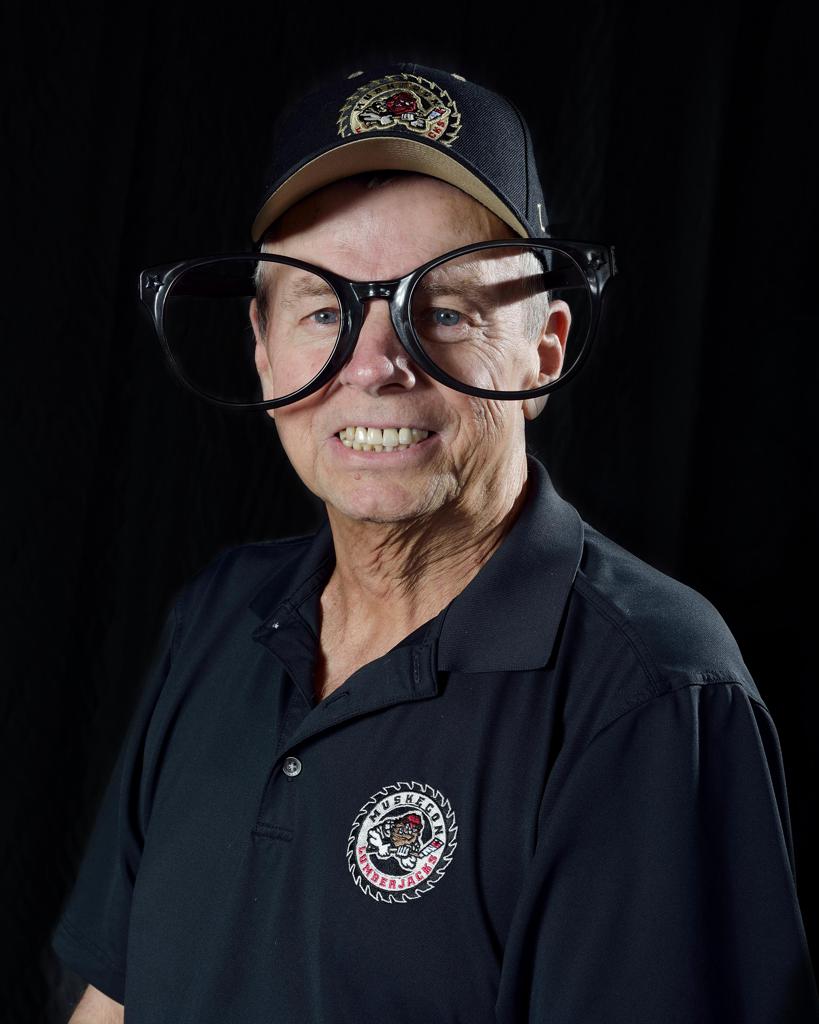 There are people who say they can't come to Mercy Health Arena without running into John Carey. Little wonder...

Between working in the Lumberjacks' Sales Office, selling 50/50 tickets for the Reading Caravan at the Jacks' games, helping the team trainers catch up on tons of laundry, sharpening skates for youth hockey, filling in at the Box Office when needed, and attending most events that take place at the corner of 4th & Western... it is little wonder that they would get the impression that I live at the "rink."

My love affair with Mr. Walker's gift to Muskegon started with its opening in 1960. By 1963 I had secured the stickboy position with the then Muskegon Zephyrs. This continued through the name change to the Mohawks, and by 1967 I was the assistant trainer. After completing my studies, I became the trainer in 1970.

With the exception of 2 years active duty in the U.S. Navy, it is a position I held until 1976 when I was hired by the Indianapolis Racers of the World Hockey Association. While there, I had the opportunity to work closely with newly signed pro, Wayne Gretzky. When the WHA and the NHL merged and Indy was left off the list, I was on to Los Angeles in the Pacific Hockey League.

Growing tired of traveling and having been exposed to then "unbelievably beautiful" San Diego, I left hockey to pursue a career in sales management.

While visiting my retired parents in Michigan's Upper Peninsula, my aging father expressed a desire to spend more time with his only son (he also has six daughters). So I once again was on the road. Leaving the beaches of San Diego for the wooded hills of the U.P. was, to say the least, culture shock. But becoming a "yooper" was an enjoyable experience.

With my fathers passing and my mother in the loving care of my sisters in Marquette, I was back to West Michigan to spend time with my son's growing family and reacquaint myself with my first love, hockey at the L.C. Walker Arena.

The circle of my hockey life is complete. Started in 1960 and ongoing... Today, who knows where it might end. It may be on the steps of section 105 wearing a cape and big glasses clutching a handful of 50/50 tickets.

Two things, however, are certain. 1) the phrase "you can't win it if you're not in it" will have just escaped my lips, and 2) there will be a smile on my face.

I love this place.